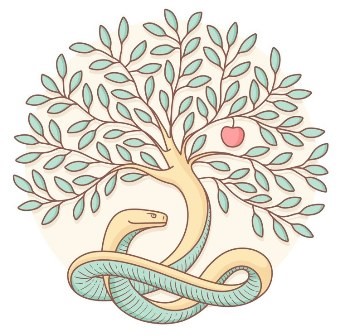 Did you know that when the Moshiach returns, He will know His people by their aroma?!  He will judge with his nostrils, not by sight, nor by sound, but by His Spirit – Ruach – Breathe!  And, His Bride will know Him by His aroma – that of the original Garden of Eden.

This concept is taught in the workshop, SHeMeN in the Tabernacle, What Aroma Are You Offering?

Following is an excerpt from our new Aroma Prayer Spa teaching which is offered on a thumb drive with the Complete Kit.  The total teaching is over 90 minutes long.  This excerpt is taken from the introduction narration just before I go on to teach about 12 Single SHeMeN essential oils and their Biblical meaning, uses, prayer and worship related to each:

I’m so excited you’ve chosen to take this journey!  My desire is that you’ll find your personal intimate place in the arms and at the bosom of your Heavenly Father.

This is a time to shut the world out by closing your eyes and silencing your lips in order to open your heart, to seek your Redeemer’s heart, and to hear what He wants to whisper to you personally.

This will be a time of reflection, introspection, prayer, and worship – all accompanied by the aroma of SHeMeN (essential oils)!

SHeMeN – ahh – the sweet aromas our Heavenly Father has created!  They have the innate ability to heal your body, soul, and spirit.

SHeMeN offers the pressed fluid of life flowing forth as an aroma into your nostrils via your olfactory system into your brain, to the seat of your emotions and throughout your bloodstream into every cell of your body.

The word itself – SHeMeN – contains the word SHeM – which is the name, power, character, and authority of Elohim.  It’s the pressed fluidity of His breath which released His spoken Word – DaBaR.  DaBaR – the Living Word is the vibrations and frequencies put in order from the beginning to give life.  Elohim’s DaBaR was spoken and all creation came into existence – including you – His special and beloved child.

In contrast, your obedience – your works and deeds of blessing and kindness to others is what produces your beautiful fragrance.  Your essence rises up to the Heavens into the nostrils of Elohim as a pleasing aroma and incites His desire for and to be with you.  His heart rejoices and, in return, He pours more love and blessings back upon you and your life becomes one beautiful aromatic bouquet which many others may partake of and enjoy!

When you disobey Elohim and become a taker rather than giver to others, you become a stench to His nostrils and His tears begin to flow.  His heart aches because He knows He can’t pour out His love upon you and must withhold the blessings He so longs to give you.  OH BUT THE MERCY HE has when you make teshuvah and return to Him with obedience and a desire to bless Him and others!  Then your aroma, again, is pleasing and draws Him closer to you.

The SHeMeN you’ll be partaking of during this journey are represented in the Torah and/or the TaNaCH.  The Bible and Jewish Sages indicate to us that the gift of smell, given to us by our Creator, is the only one, of our five senses, which has remained unfallen from the curse from the Garden of Eden.  Our sense of smell still retains its original divine purpose and ability.  Imagine — your senses of sight, hearing, touch, and taste have all been tainted; but, NOT your sense of SMELL!

In fact, your nose has the ability to tell you when something is right or wrong physically, emotionally and spiritually!  Your sense of smell can be a key to you finding herbs and essential oils to help balance your body, soul, and spirit back to health.

How exciting and what a wonderful gift Abba has given to us.

What?!  How is this you may be asking yourself?

In Genesis 3:1-6, we read that, in the Garden, Eve heard the serpent question her and she answered, “God hath said, Ye shall not eat of it, neither shall ye touch it, lest ye die.”

The serpent then told her a double lie that she surely would not die – die.  He actually repeated die (mooth – H4191) two times.  Did he know she would not die immediately physically but only spiritually at first?  Thus, when she ate the fruit and didn’t physically die immediately, he could appear to NOT be lying, much less double lying?!  Indeed, she did die spiritually that day and then physically died within a day as a thousand years is as one day to Elohim (2 Peter 3:8).

Thus, Eve used the senses of hearing, sight, touch, and taste.  So, where is the sense of smell in this epic event?!  How could Eve be right there with all her senses intact and bite into the forbidden fruit and NOT SMELL IT???!!!

How I’ve pondered over this mystery for the past few years!  Did she just choose not to smell?  And how does one do that without a mask or some type of breathing apparatus?  As I was preparing to create the Aroma Prayer Spa, I took a break to wash dishes.

In my heart, I was communing with Abba about this dilemma and asking Him, “How’s it possible that Eve didn’t smell the bad fruit!”

Then BINGO!  He gave me an answer – right there at the sink doing dishes!

Then He showed me how many times I’ve been frustrated with the lack of aroma of roses on the streets even though they were beautiful.  Then He brought to my memory of how more than often the fruit and vegetables I buy have NO AROMA!  But they LOOK good!  Cantaloupes, really good heirloom cantaloupes smell wonderful.  Real tomatoes smell scrumptious but, alas, where are they to be found?

There next to the sink were beautiful looking fruits but they had no aroma – because they are GENETICALLY MODIFIED – MIXED!!!

I submit to you that the Tree of Knowledge of Good and Evil was a genetically modified tree that was not for the purpose of reproducing itself – but ONLY to LOOK GOOD!  It was only to appeal to the lust of the flesh – not to bring life giving nourishment!  I would even say it was planted in the Garden by haSatan himself.

From the beginning, he’s wanted to malnourish us with genetically modified plants and animals as he knows it will bring death and destroy our temple – the place Elohim created and desires to dwell therein!

Thus, the fruit didn’t have any aroma in the first place!!!

Let’s consider the modern story of the rose.

Scientists have discovered the gene that switches on the enzyme which causes a rose to produce its unique and beautiful scent.  Mostly for marketability and aesthetic reasons, roses have been selectively bred or genetically modified to remove their aroma.
After all, the average person only wants to buy a rose which looks good.  Today, it would take an exceptional person of wisdom to buy a rose for its scent.

When the gene switches on the enzyme (RhNUDX1), it makes the cells in the petals of the rose generate the chemical, monoterpene geraniol, which is the sweetest smelling part of the rose oil.  However, it’s presence is what hinders a rose from not wilting.

So, it appears the trade-off for a good looking rose is to have it lose its aroma.  But, what else is at stake?  A wild rose which is not cultivated and artificially bred by man must rely on its G-d given ability to reproduce on its own.  Therefore, in its natural habitat, a rose would die if it didn’t have its sweet aroma to attract bees to pollinate it.  Its sweet smelling monoterpene geraniol is also better at repelling mosquitoes than the unpleasant smell of citronella.  Thus, the rose was not created just to be beautiful but to also smell beautiful.

Can you see the principle Elohim illustrates for us with the creation of the rose?  Something of beauty is not true beauty if it doesn’t offer an aroma to attract and reproduce His DaBaR – His Living Word which is symbolized by the bee or DeBoRaH in Hebrew.  The true beauty with aroma also repels evil and the blood-sucking mosquitoes of life which also transmit pathogens causing sickness and death such as malaria.

It would behoove us to remember there is a season and time for every purpose under heaven and He made everything beautiful in its appropriate time (Ecc. 3:1 & 11).

In a nutshell, for the purposes of mammon and physical beauty to perpetuate that mammon and to appeal to the lust of the eyes, roses have lost their God-given aroma.  Which means, we can only feast upon the visible outer beauty of a rose and never have our soul and emotions enjoy its life-giving aroma it was created to offer.

. . . there is a season and time for every purpose under heaven

Praise Abba!  By taking the Aroma Prayer Spa journey, you can have the privilege and opportunity to smell unadulterated essential oils or SHeMeN made from plants which still retain their G-d given aromatic properties!

He created you in such a way that your nostrils and your olfactory system acts as a gateway to the limbic system of your brain which is where your emotions and spirit meet.  The limbic system, also known as your emotional motor system, is where your memory and experiences get translated into what you express in life whether it be fear, anger, joy, forgiveness, etc.  When your limbic system is stimulated through smell, every organ in your body, mind, and spirit are all affected.

SHeMeN is much needed and a remedy for our wounded hearts and bodies.  When we have physical sickness or hardened and hurting hearts as a result of rebellion, backsliding or ignorance, the aroma of SHeMeN can help soften our hearts to bring us healing.

When Israel was backsliding Elohim expressed to them:

Why should you be beaten anymore?  You will just continue turning away!  All the head is sick and all the heart faints.  From the sole of the foot even unto the head there is no soundness in it; but wounds, and bruises, and putrefying sores: they have not been closed, neither bound up, neither softened with SHeMeN.  Isaiah 1:5-6

Praise Elohim, that from the Garden, He allowed your divine gift of smell to remain intact so that you might have communion – echad – oneness with Him in a special way.  HalleluYAH!

So as you journey through the Aroma Prayer Spa, let’s first cry out with our hearts and pray:

Psa 139:24  And see if there be any wicked way  — idol – pain or sorrow within me, and lead me in your hidden paths and ways to olam everlasting. 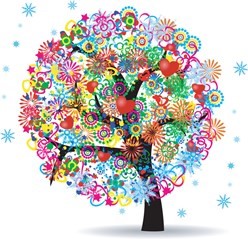 The Aroma Prayer Spa workshop and teaching by Certified Aromatherapist, Nitza Moshe of Remnant Remedy is copyrighted.  The meaning of each Biblical essential oil was researched, copyrighted and provided with permission by Certified Clinical Aromatherapist and Ph.D. in Judaic Studies, Rivka Sari.

Aside from the Bible and other resources, the research used for this workshop regarding the anointing oil and ketoret incense were derived from and are cited from the book Mystical Aromatherapy by Avraham Sand and is available for purchase at Remnant Remedy.net.  Please contact us for permission to use any portion of the information in any type of media, print, video, audio or electro-magnetic reproduction or communications.  Thank you! 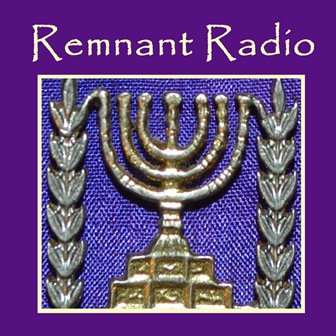